Trending
You are at:Home»Demographic Data»How Does Income Affect Internet Access in Households?

It does appear that the hypothesis that lower income prohibits internet access in households. Mississippi was brought up as an example of this. It is worth pointing out though that their internet access is lower than the national average across all income levels though.

After downloading the data, Microsoft Access and Tableau were used to create this visualization. If you have any questions go ahead and leave me a comment. 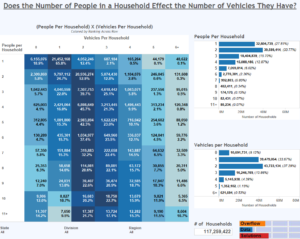