Trending
You are at:Home»Gallery»What is the average commute time in each U.S. county? – Gallery 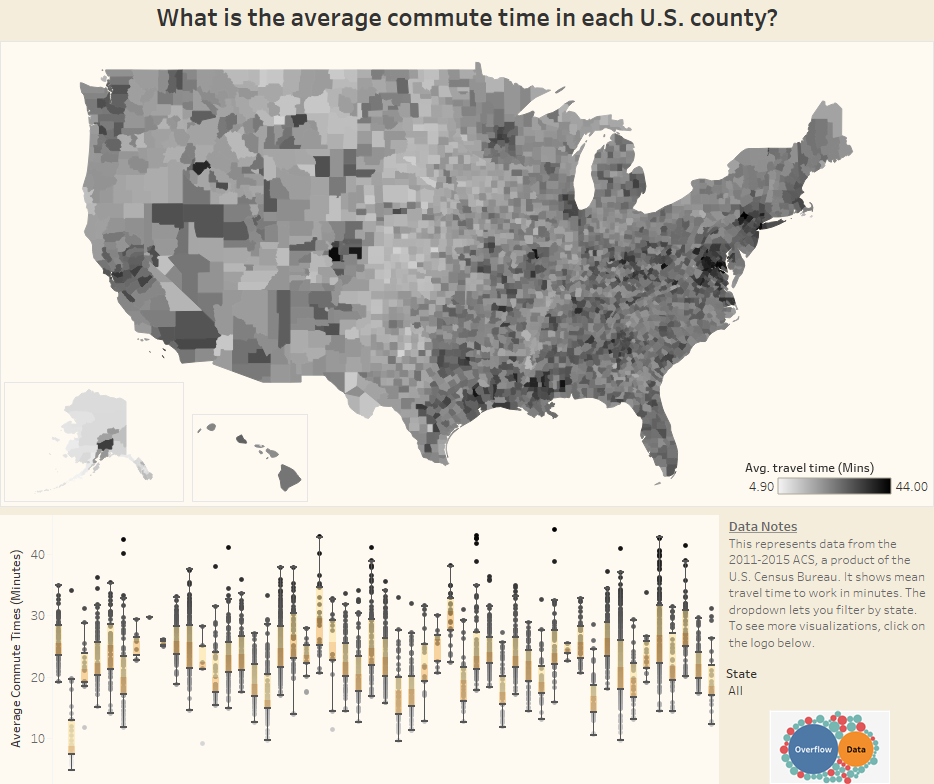 I have included the API code I used to pull the data below. Mean travel time to work (minutes) is represented by DP03_0025E. You will need a free API key to access the data. You can find out more at the Census Bureau’s Developer Page. If you want to see what counties have the longest and shortest commutes in the country, click here.