Trending
You are at:Home»Demographic Data»National Data»County Level Analysis»What Percentage of Their Income Do People Spend on Rent in Each County?

The American Community Survey recently released its 5 Year Estimates which contains data estimates on every county in America. Earlier this week I published data on median income and median rent in every county, but after reviewing the data, I found it was rather bland. You only saw what you would expect, urban centers have high incomes and rents, rural areas had low income and low rents.

What I have done now is combined these data sets and created a ratio the determines what the average person would spend on rent in each of these counties compared with their average income. This gives a better idea of what each of these figures mean for the individual county.Below you are able to find visualizations representing that data, along with links to interactive versions of these graphics. 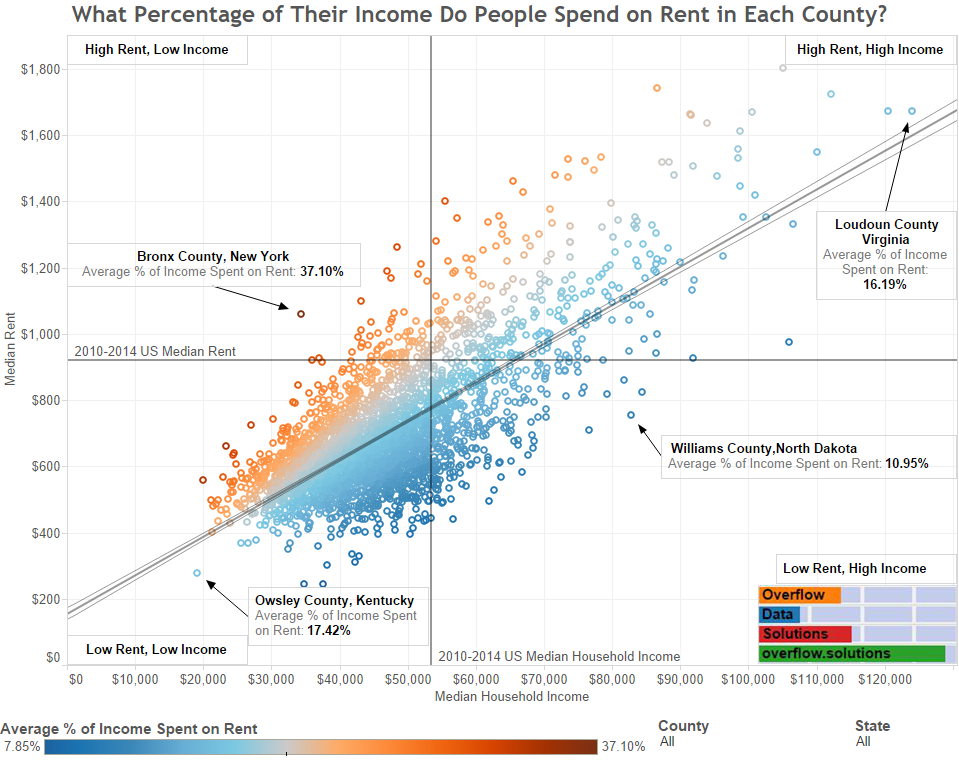 This scatterplot shows the median rent and median income of each county plotter on a x-y graph. The graph has been broken into 4 quadrants and is colored by the percentage of what the median yearly rent is compared to the yearly median household income.

The trend line in this visualization represents the expected rent based on the median income in that county. While the relationship is significant, the trend line does not imply causation and definitely isn’t the only variable that could be influencing rent prices.

In the interactive version of this visualization, the trend line will adjust as filters are changed. This will change the significance of the model.

To utilize the filters, adjustable trend line, and selection tools, click here for an interactive version of this scatterplot. 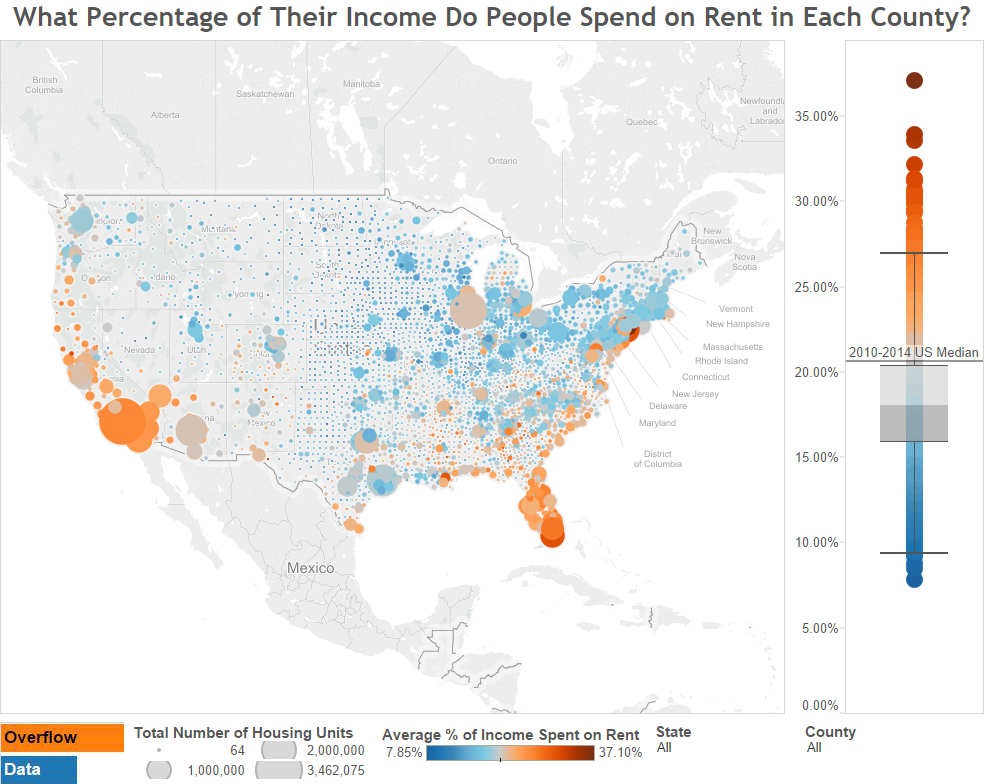 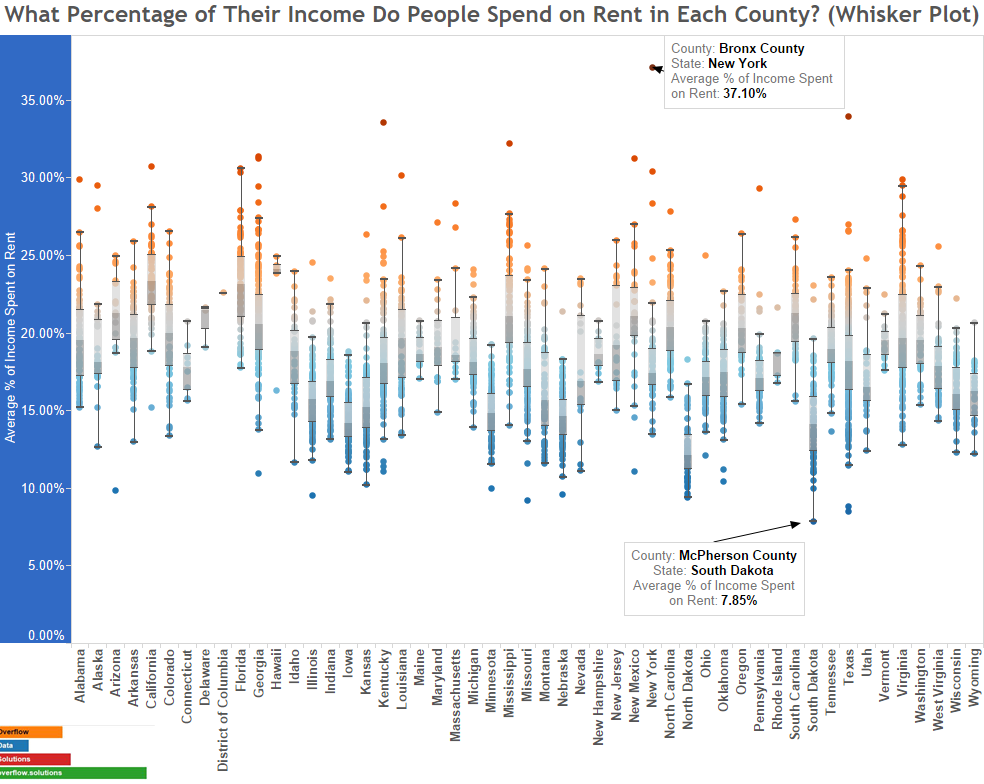 To determine an estimate of what the average person earns and spends on rent I utilized data provided by the American Community Survey which is conducted by the United States Census Bureau. The data sets can be found at http://factfinder.census.gov.
The first data set used was labeled, Median Household Income in the Past 12 Months (In 2014 Inflation-Adjusted Dollars), Table B19013. The second data set was labeled Median Gross Rent (Dollars), Table B25064. The estimation of percentage of income used on rent was tabulated by multiplying the Rent amount by 12 and dividing my the median income. The 2010-2014 5 year estimates were used since they are the most recent data available from the American Community Survey that can be used for every county. The visualization is representative of data collected in that time period.
Once the data was downloaded it was manipulated in Microsoft Excel. It was then loaded into Tableau where I rendered the visualizations and added filters.

It is important to note the universes for this study do not line up directly. The rent dataset only includes people that rent, but the Median Household Income Data includes all households. This may have an effect on the data since it is the common assumption that those who own their homes have higher incomes.