Trending
You are at:Home»Gallery»What Time Do Americans Leave for Work? – Mobile

The graphic below shows the percentage of commuters who leave before 7:00 in each county in the map view. In the bar chart on the side you are able to see the distribution of the various time intervals. If you are on a laptop or desktop, the map is equipped with filters that let you filter for county and state. You can also click on a county in the map to see that counties distribution. 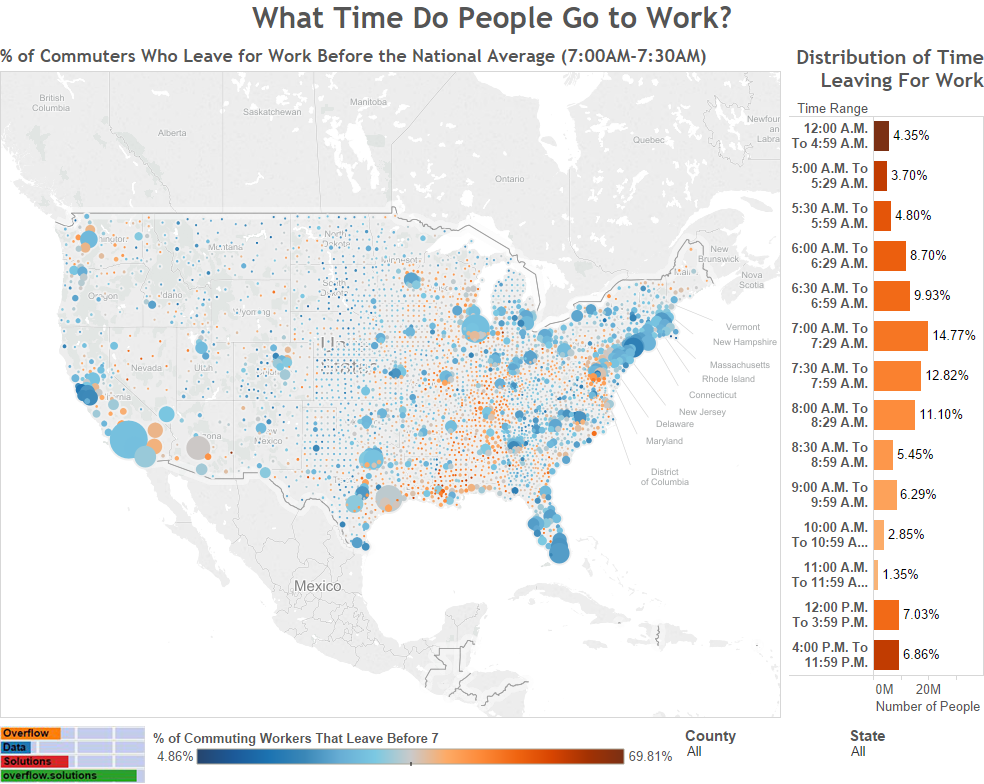 The data for this visualization comes from the American Community Survey which is conducted by the US Census Bureau. Five year estimates from 2010-2014 were used. They can be found at American Fact Finder on Table B08302.

Why is the % of People With A Bachelor’s Degree Increasing?