Trending
You are at:Home»Gallery»What States Have The Most People that are Married? – Gallery

According to the American Community Survey, 47.5% of Americans, 15 years of age or older are married. Like any demographic trait though the results can vary a great deal by region and state. The visualization below shows what states have the highest proportion of the population that is married. 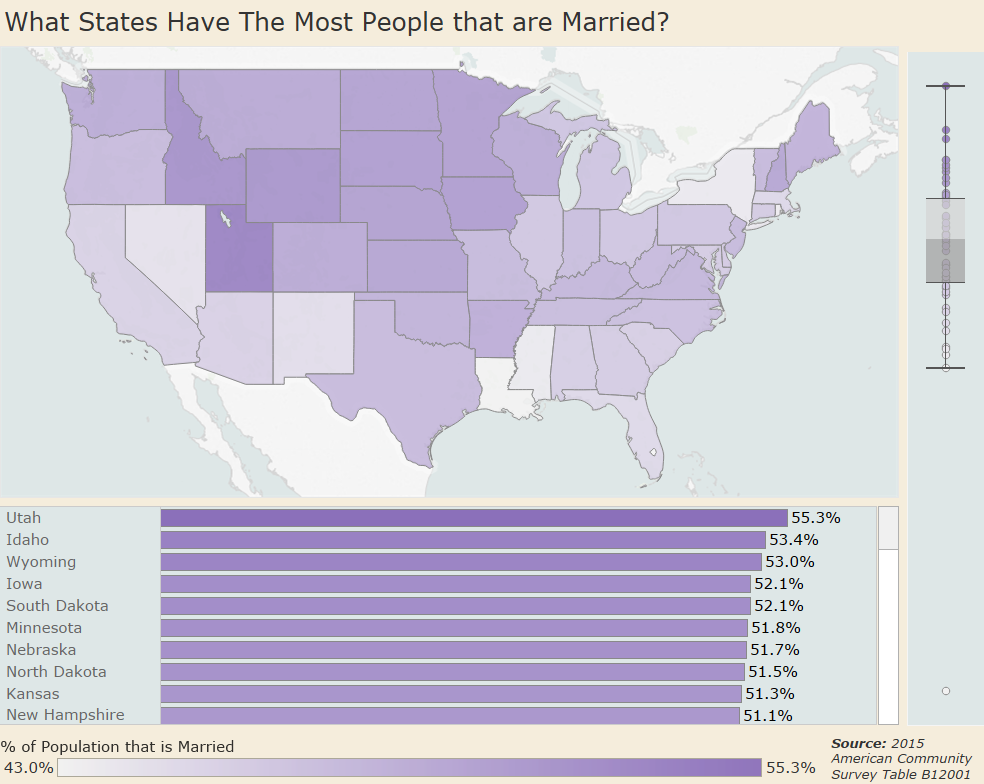 The data used in this visualization is compiled by the US Census Bureau which produces the American Community Survey. I used the 2015 one year estimates from table B12001 from American Fact Finder. I used Excel to clean the data and Tableau to create the visualization.

For this question, respondents have 5 responses that they can choose from. Only respondents that are 15 years or older have there responses tallied in this total. We calculated married as anyone that reports being married minus those that are currently separated. A screenshot of the question has been included below.

If you want to keep up with our surveys, data analysis, or want more data about education be sure to follow us on Twitter and Facebook.