Trending
You are at:Home»Gallery»What States Have The Most Households With Only Wireless Phone Service? – Mobile 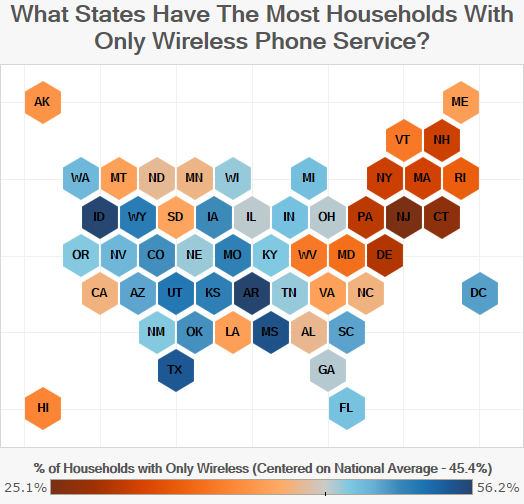 The data for this visualization comes from the National Health Interview Survey. The state breakout for 2014 was published in this report. After the data was gathered it was manipulated in Excel and the visualization was created in Tableau.