Trending
You are at:Home»Gallery»What percentage of the population claims American ancestry in each state? – Gallery 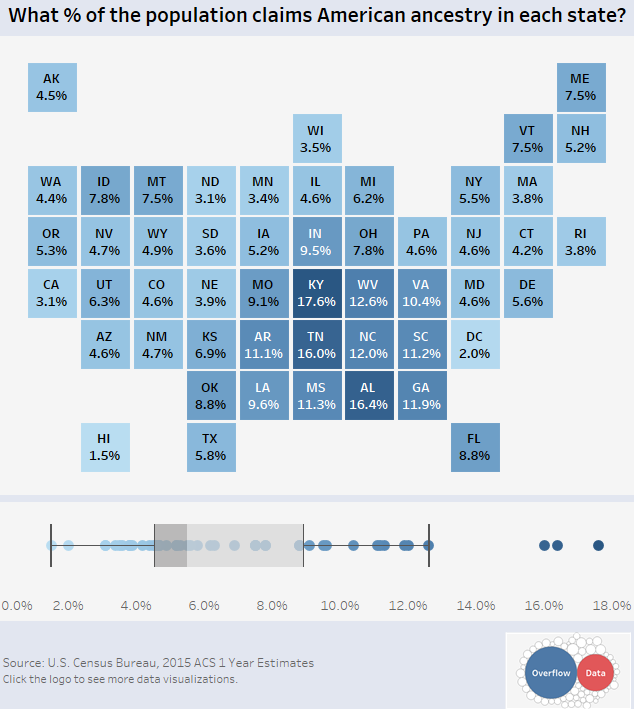 To celebrate the holiday I decided I want to see what states have the most people that say they have “American” ancestry. In the American Community Survey, one of the questions respondents are asked is what their ancestry is. When I came across this question I immediately thought of responses like “German” and “Irish”. One popular category that is often written in though, to my surprise, is “American”. As I have thought about it, I can see answering the question either way. It is interesting to me though how the percentage of the population that reports their ancestry as “American” has been correlated with political preference. I have included a picture of the question below as a reference.

The data for this visualization comes from the American Community Survey which is conducted by the U.S. Census Bureau. I used the Census Bureau API to pull the 2015 1 year estimate for the percentage of Americans that say their ancestry is American in each state. Once I had gathered the data, I used Tableau to create this visualization. If you would like to gather the same data, the web address I used is included below.