Trending
You are at:Home»Gallery»What Metro Areas in the U.S. have the Longest Commute Times? – Gallery 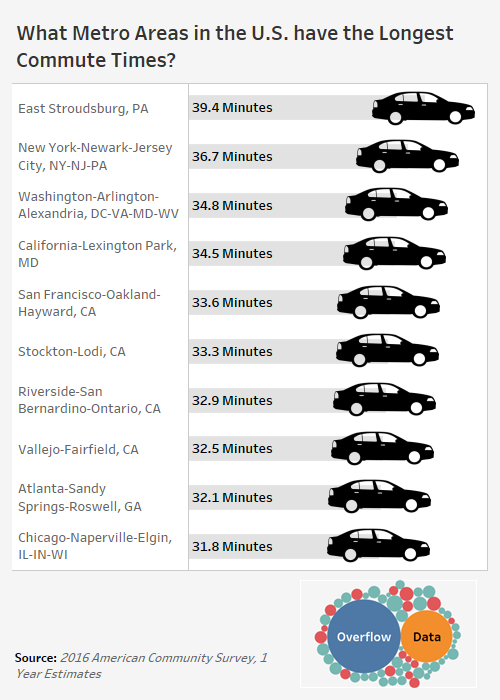 The data for this visualization comes from the American Community Survey which is conducted by the U.S. Census Bureau. The data is available at factfinder.census.gov . I used the 2016 1 year estimate for mean travel time to work found on table DP03. Once I had gathered the data, I used Tableau to create this visualization.

What Metro Areas in the U.S. have the Longest Commute Times? #dataviz #commuting https://t.co/WAwmFooy6b pic.twitter.com/VuBwwLitJt