Trending
You are at:Home»Gallery»What characters in “The Office” have the most lines in each season? – Gallery 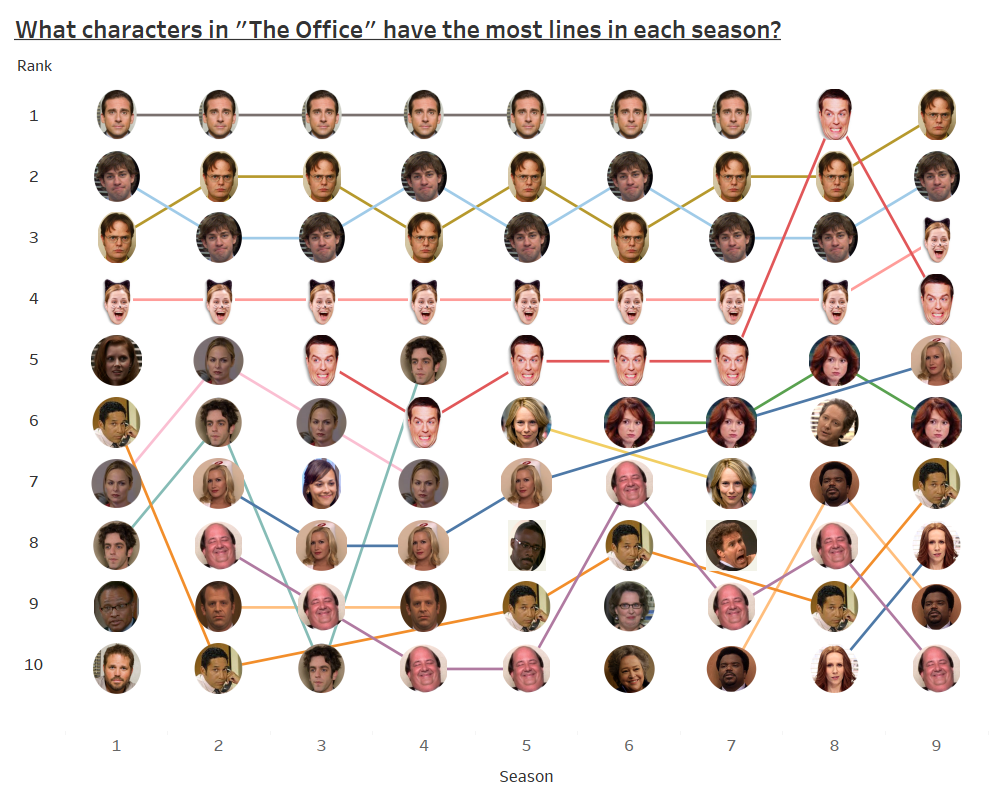 I am a big fan of “The Office” so when I saw r/dataisbeautiful was using data from “The Office” for the “Dataviz Battle of the Month” I knew I needed to create an entry. This visualization tracks what 10 character had the most lines when you look at each season. For those that our fans of the show, I think it helps to give an overview of the history of the show.

To create this visualization, I used the provided data for the contest. I utilized gimp to make the icons of the character’s faces and Tableau to create the visualization.
You were forwarded to this static version of the graphic because you are on a mobile device. Check it out on desktop or tablet to use some of the interactive features.

What characters in "The Office" have the most lines in each season? #dataviz https://t.co/mVVuq8WxTq pic.twitter.com/2KLWTUPRIe