Trending
You are at:Home»Gallery»How Many Times Have People Been Married in Each State? – Gallery 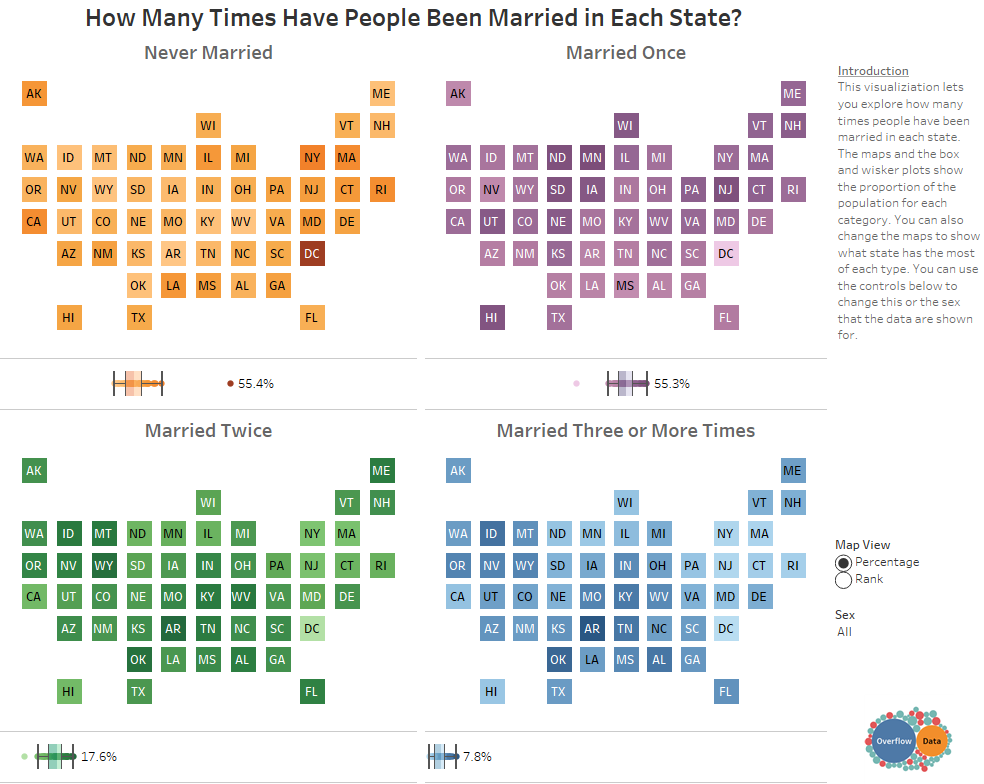 Recently, I have wanted to try to make some data visualizations with tile maps. I have used this post to create some tile maps that quickly see the how many times people have been married in each state. To create this graphic I used Tableau and data from the American Community Survey which is conducted by the US Census Bureau. I used the 2015 1 Year Estimates for each state which can be found on American Fact Finder under Table B12505.

How Many Times Have People Been Married in Each State? #dataviz https://t.co/8suFDFUz51 pic.twitter.com/UBdaHARyZb