The American Community Survey recently released its most up to date data for every county in America. With release there were estimates on the what the median cost of rent was for every county in the US for 2010-2014. Below you are able to find visualizations representing that data, along with links to interactive versions of these graphics. 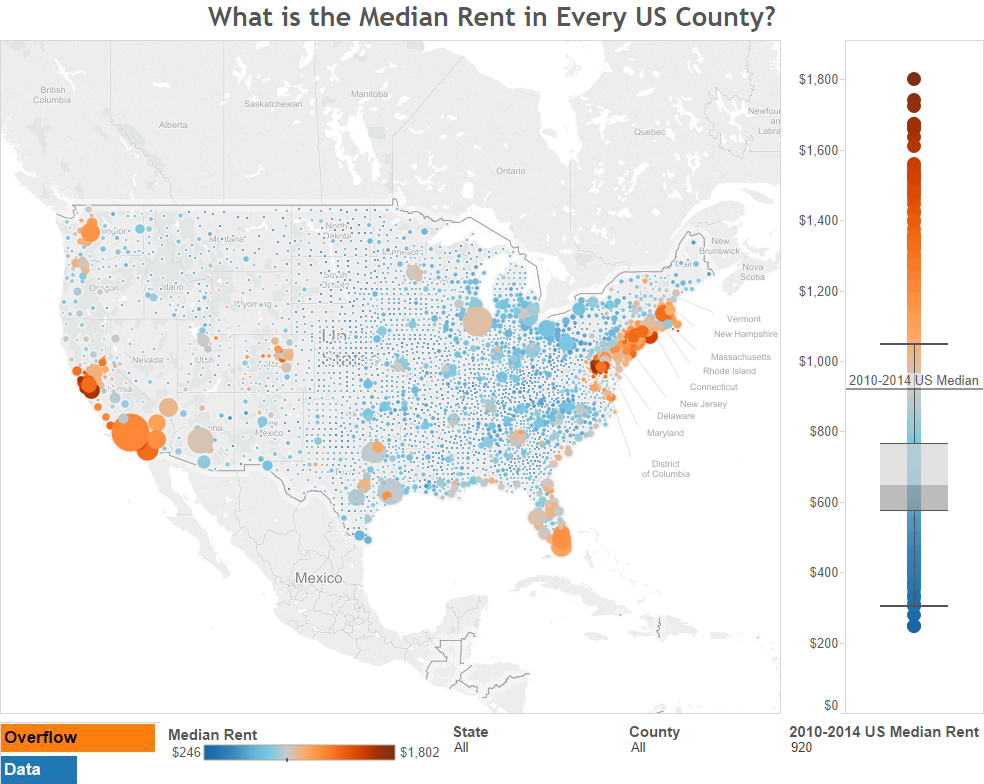 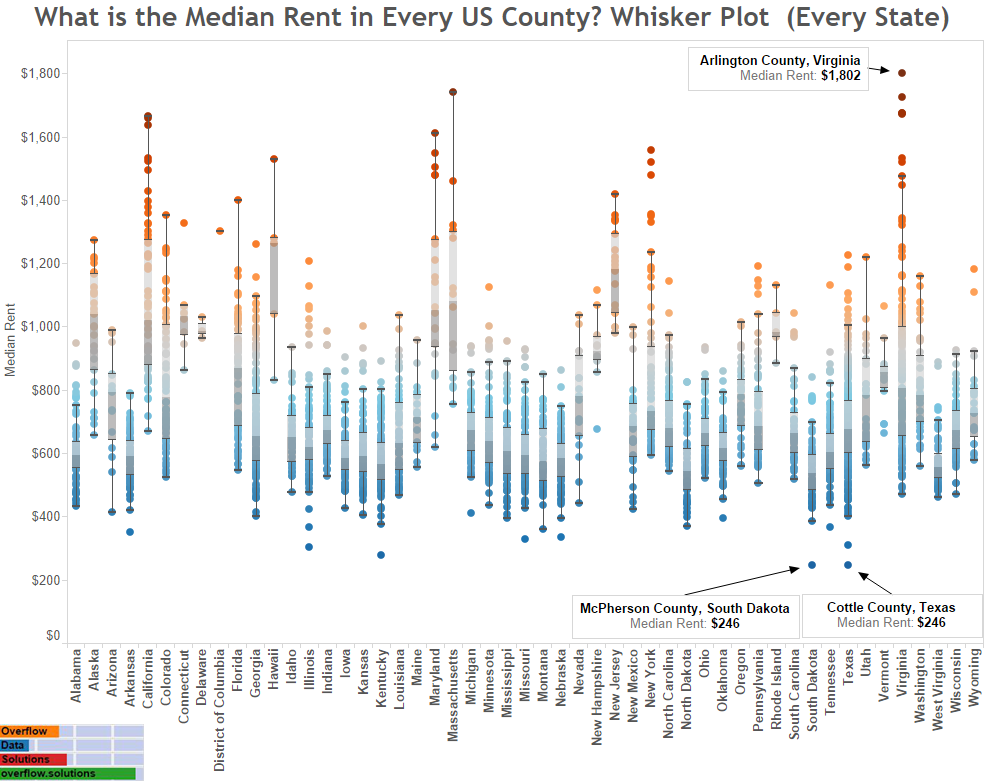 This could be useful information though in determining what areas to live around certain metro areas. The interactive version of the map and whisker plot can let you take a closer look at individual counties.

It is interesting to note the wide variances between counties and some states. Some states have large ranges such as California, Maryland, Massachusetts and Virginia. Others though have very small ranges like Delaware, Indiana, New Jersey, and Rhode Island. This is most likely influenced by the number of counties in that state as well as differences in the size of the counties in that state. Further research would need to be done to confirm though.

If you are interested in further visualizations, check out how the median rent compares with the median income in each county.

The data for this visualization comes from the American Community Survey with is conducted by the United States Census Bureau. The data set can be found at http://factfinder.census.gov. It is labeled, Median Gross Rent (Dollars), Table B25064. The 2010-2014 5 Year Estimates were used in an effort to provide information on every county. The visualization is representative of data collected in that time period.
Once the data was downloaded it was manipulated in Microsoft Excel.  It was loaded into Tableau where I rendered the visualizations and added filters.