Trending
You are at:Home»Gallery»What States have the Highest and Lowest Household Access to the Internet? – Gallery 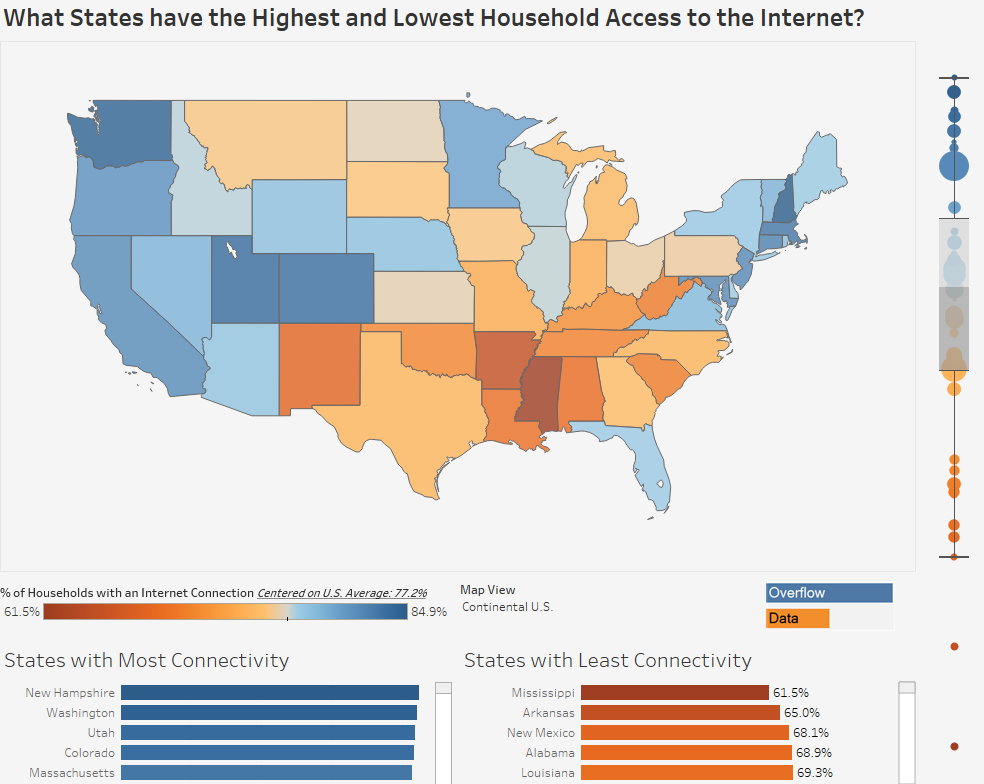 The data for this visualization comes from the United States Census Bureau. It is gathered during the American Community Survey. I used 2015, 1 Year Estimates for each state. This can be found at American Fact Finder under Table S2801. Once I had the data from the table, I cleaned it in Excel and used Tableau to create this visualization.

What States have the Highest and Lowest Household Access to the Internet? #dataviz https://t.co/hRwgBSyPBK pic.twitter.com/N4qL64NfQA