Trending
You are at:Home»Gallery»What percentage of each state’s population has a disability? – Gallery 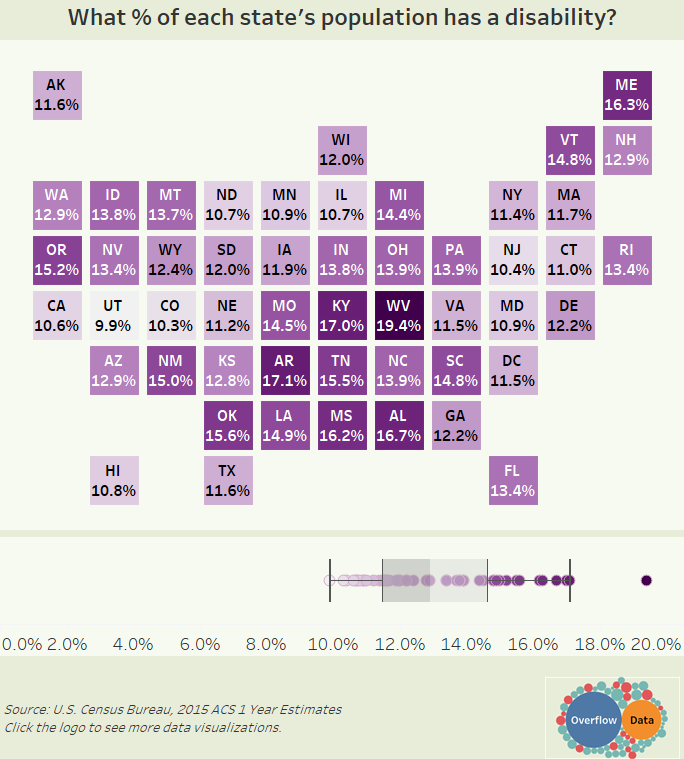 The data for this visualization comes from the American Community Survey which is conducted by the U.S. Census Bureau. I used the Census Bureau API to pull the 2015 1 year estimate so I could see the percentage of the population in each state that was born there. Once I had gathered the data, I used Tableau to create this visualization. If you would like to gather the same data, the web address I used is included below.