Trending
You are at:Home»Gallery»What is the Median Age of the Residents in Each State? – Gallery

The median age in the US is 37.8 years old according to the 2015 American Community Survey published by the US Census Bureau. The state with the youngest median age is Utah, were the average resident is 30.6 years old. Maine has the oldest residents with a median age of 44.6 years old. 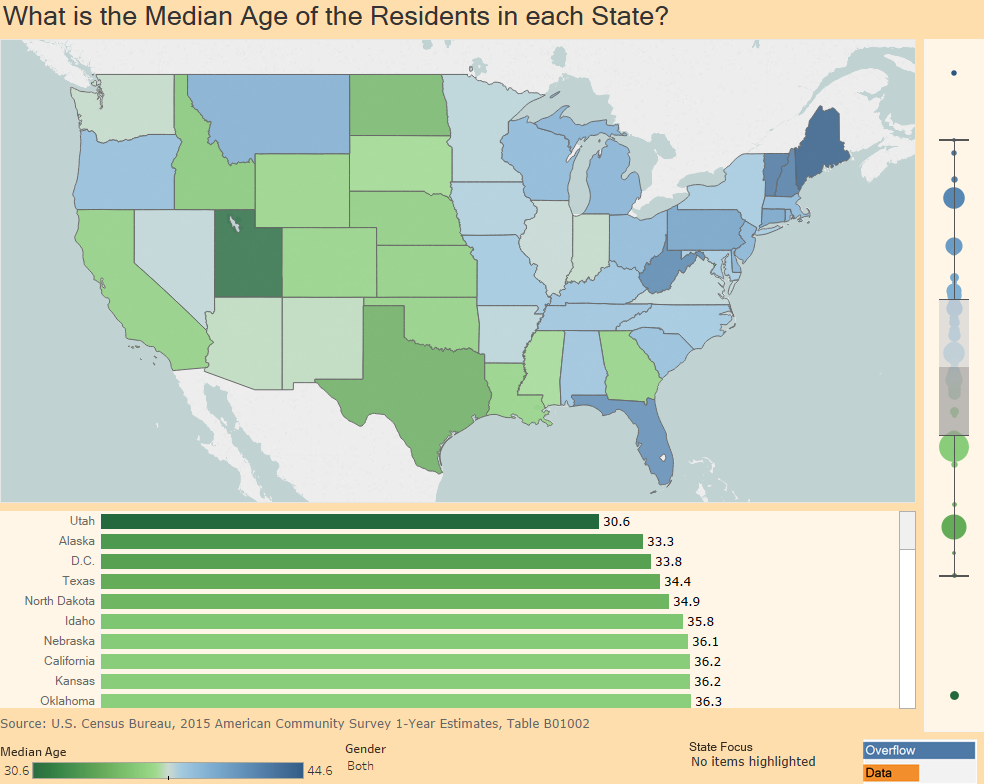 I was interested in seeing what the median age of people living in each state was so I made this visualization. It uses 1 year estimates from the American Community Survey. The data is compiled by the Census Bureau and is published on factfinder.census.gov/. I used Table B01002 for this graphic.

What is the Median Age of the Residents in Each State? #dataviz https://t.co/MH4YRrfXoG pic.twitter.com/JGXpkaDpbe