Trending
You are at:Home»Gallery»How Old are the People that Got Married in the Last 12 Months? – Gallery 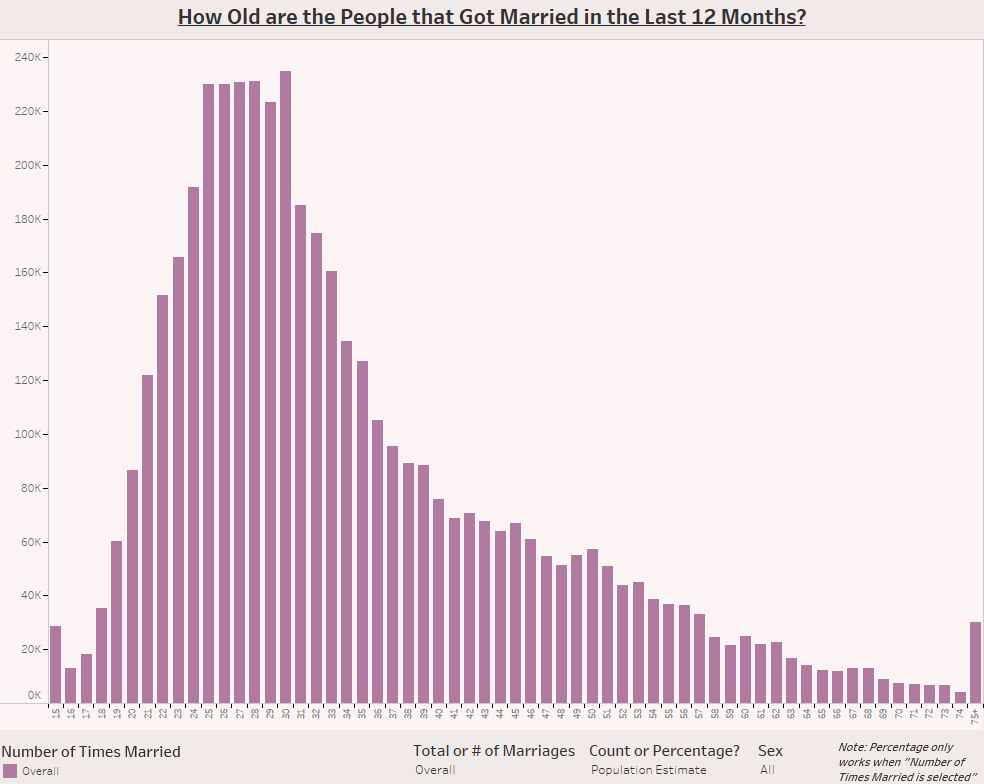 Last year, I created a graphic showing the number of Americans married last year by age using data published by the American Community Survey. Since then, new data has been published for the Census Bureau so I updated my initial visualization.

I used the 2015 One Year Estimates Public Use Microdata Sample to create this visualization. The data can be found on the ACS Website. I then utilized Tableau to visualize the data. This newer version allows you to break down the results by the number of times someone is married. You can look at the proportions of that total. If you are interested in more data like this be sure to look at my “How American’s Differ by Age” dataviz.

How Old are the People that Got Married in the Last 12 Months? #dataviz https://t.co/zkzPGw4NiB pic.twitter.com/KpHxRG4txl