Trending
You are at:Home»Gallery»What Percentage of Americans Use Public Transit to Get to Work?- Mobile

Of the 139,786,639 working individuals in the US, 7,000,722,  or about 5.01%, use public transit to get to work according to the 2013 American Communities Survey. The graphic below, breaks that out by state and county to show you where people are using public transit and where they aren’t. 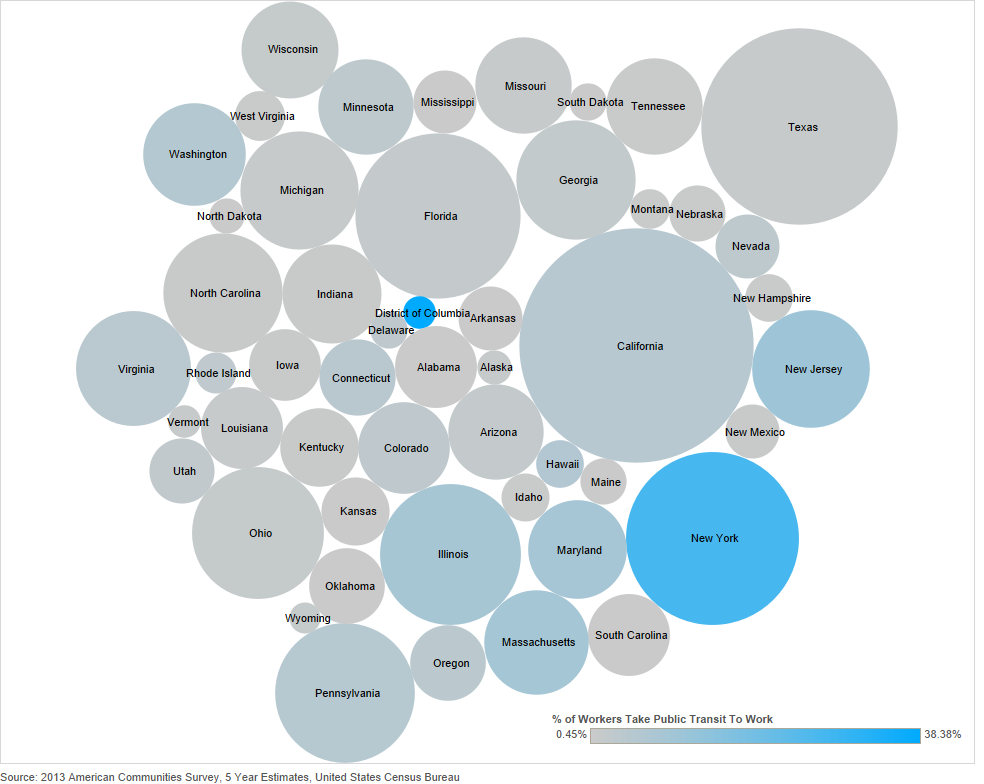 County with Highest Percentage: Kings County, New York: 61.05%
There are 453 that report that there are 0 Residents using public transit to get to work.

Want to see how many American’s work at home? Check out our post about it!

Want to be part of our data? How many hours do you work a week? Let us know in our exclusive survey.

The information displayed above comes from the American Communities Survey, 2013 5 Year Estimates which is published by the US Census Bureau. These figures can be found on Table B08101 at http://factfinder.census.gov/.