Trending
You are at:Home»Gallery»What States have Households with The Largest Lot Size? – Gallery

The American Community Survey estimates that nationwide approximately 3.32% of households are on lots of 10 acres or more. This visualization looks at the data by state to show which have the most households with this amount of acreage. 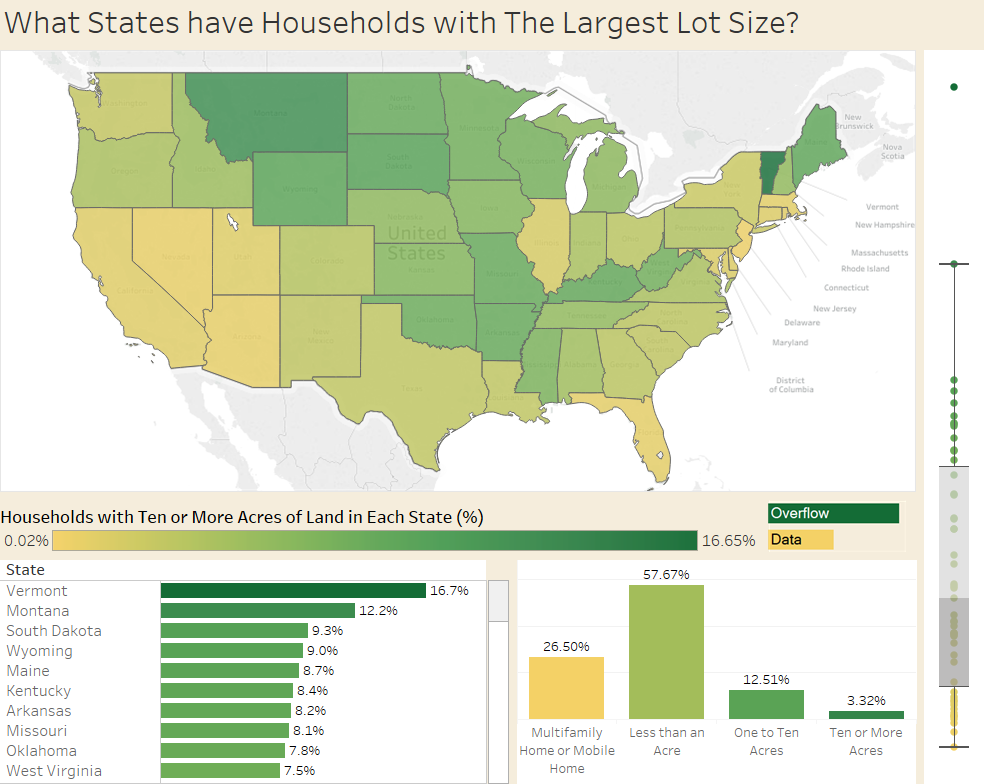 The data for this visualization comes from the American Community Survey which is completed by the US Census Bureau. I used the 2015 One Year Estimates Public Use Microdata Sample which can be found on the ACS Website. This visualization uses Tableau to show what states have the most households with a lot of ten or more acres.