Trending
You are at:Home»Gallery»What is the Average Number of Hours Worked Per Week in the US?-Mobile version

A Note for Mobile Users
You have been automatically directed to this page because we detected you were using a mobile device. How to integrate mobile users in the visualization realm continues to be an issue for users and creators. At this current time we are only publishing desktop ready versions of our graphics. What you are currently seeing is a static version of the visualization. We hope that you use the sharing features below to facebook, tweet, or email yourself the link so you can enjoy the visualization and its interactivity later on.

The average American worker works 38.4 hours per week according to the 2013 American Communities Survey published by the US Census Bureau. The graphic below, breaks that out by state and county to show you where people are working the most and where they are working the least amount of time during each week 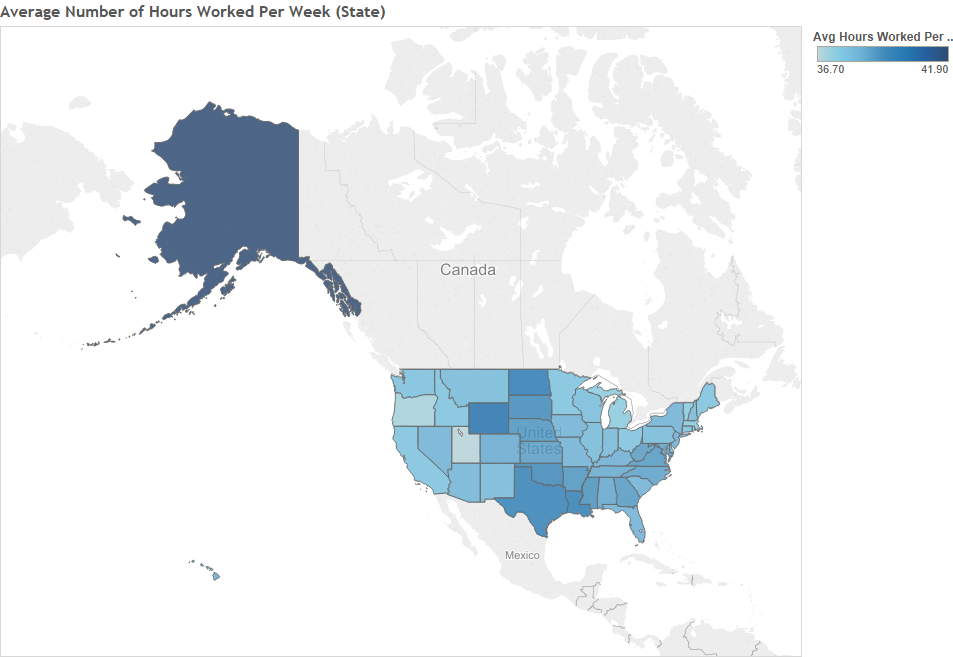 All the totals above can be found from manipulating the visualization above. Let us know what cool trends and facts you can find.

How many hours do you work a week? Let us know in our exclusive survey.

The information displayed above comes from the American Communities Survey, 2013 5 Year Estimates which is published by the US Census Bureau. These figures can be found on Table B23020 at http://factfinder.census.gov/