Trending
You are at:Home»Gallery»How Often Does the Winner of Iowa Become the Nominee? – Mobile

The Iowa Caucuses, which will take place on Monday, kicks off voting in the 2016 presidential election. There is a lot of talk about how important the Iowa Caucuses are to a candidate’s chances of winning the nomination so we decided to take a look at the performance of candidates who have won Iowa in the past. 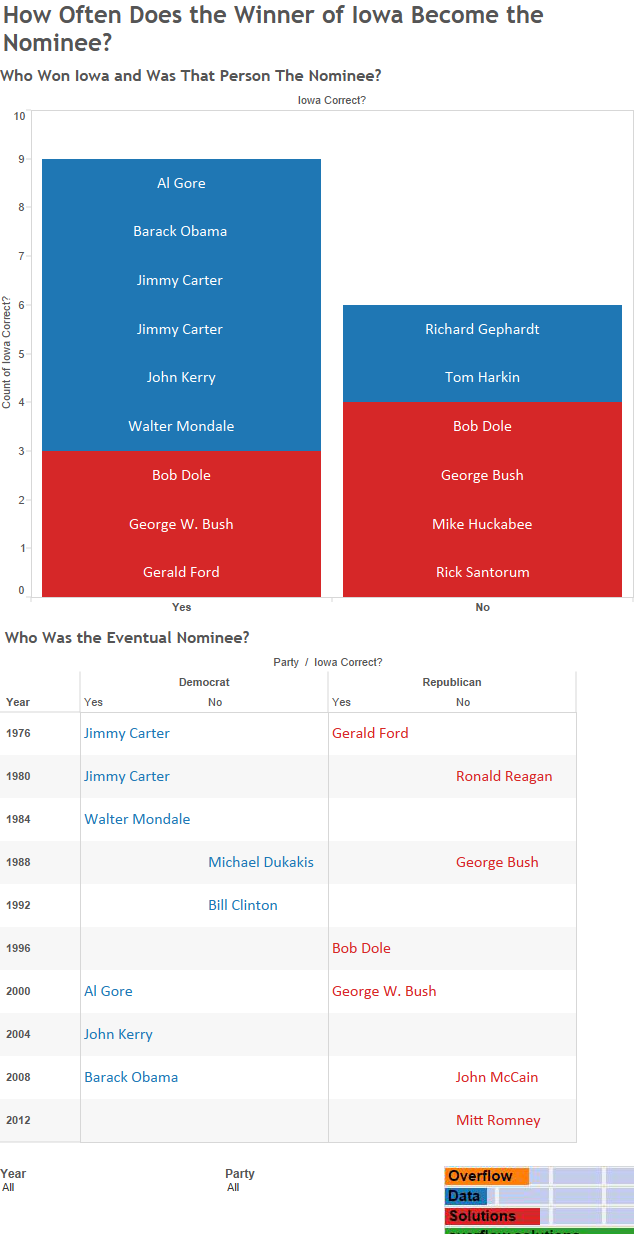 There are a couple things worth noting about the data. In 2012, Rick Santorum technically won Iowa, in 2012, but for the first few weeks people believed Mitt Romney was the winner. He did go on to win the nomination. Also Jimmy Carter won Iowa twice, but in 1976 more voters actually voted to be unaffiliated. He won again in 1980, but was currently the President but was challenged in the primary, something that hadn’t occurred in recent years.
The data for this visualization comes from the Des Moines Register. I created the time series by transcribing the data in excel. Tableau was then used to create this visualization.

What are the Most Liberal and Conservative Cities In America? 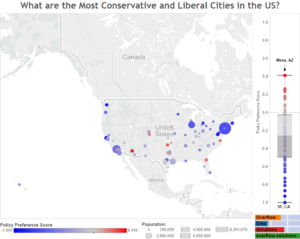