Trending
You are at:Home»Gallery»How Much Have Housing Costs Increased Since 2005? – Gallery 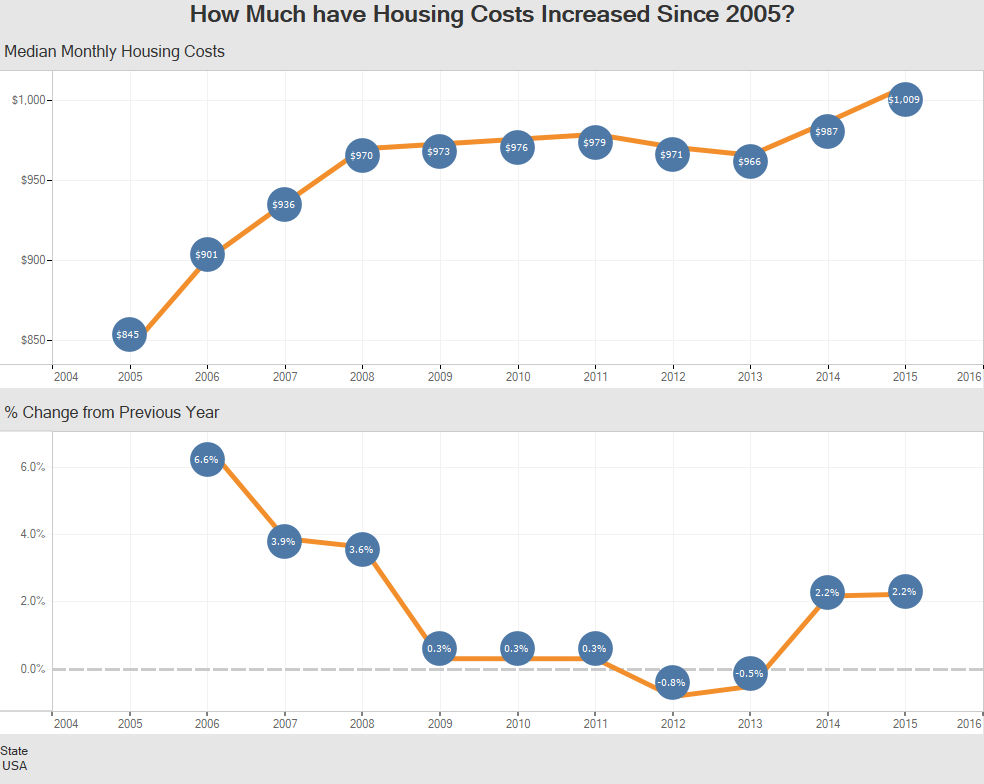 The data for this visualization comes from the American Community Survey which is completed by the US Census Bureau. The data tables where found at American Fact Finder and are found under Table B25105. The tables from 2005 to 2015 were used for each state and the national totals. Excel was used to compile the data and Tableau was used to create the visualization.