Trending
You are at:Home»Gallery»Did Party Affiliation in California’s Counties Have an Effect on Who the County Supported in the Democratic Primary? – Mobile

Earlier in the 2016 presidential primary season, I had heard it posited that Hilary Clinton was doing well in areas that are considered Republican strong holds and not so well in areas that are considered Democrat strong holds. I decided I wanted to take a look at the county by county data in California to see if this was occurring there. The visualization below shows linear regression analysis of the % of a counties registration for a particular party and how much support they gave each candidate.

Did the % of Party Affiliation by County in California Have an Effect on the % of the Vote each Candidate Won? 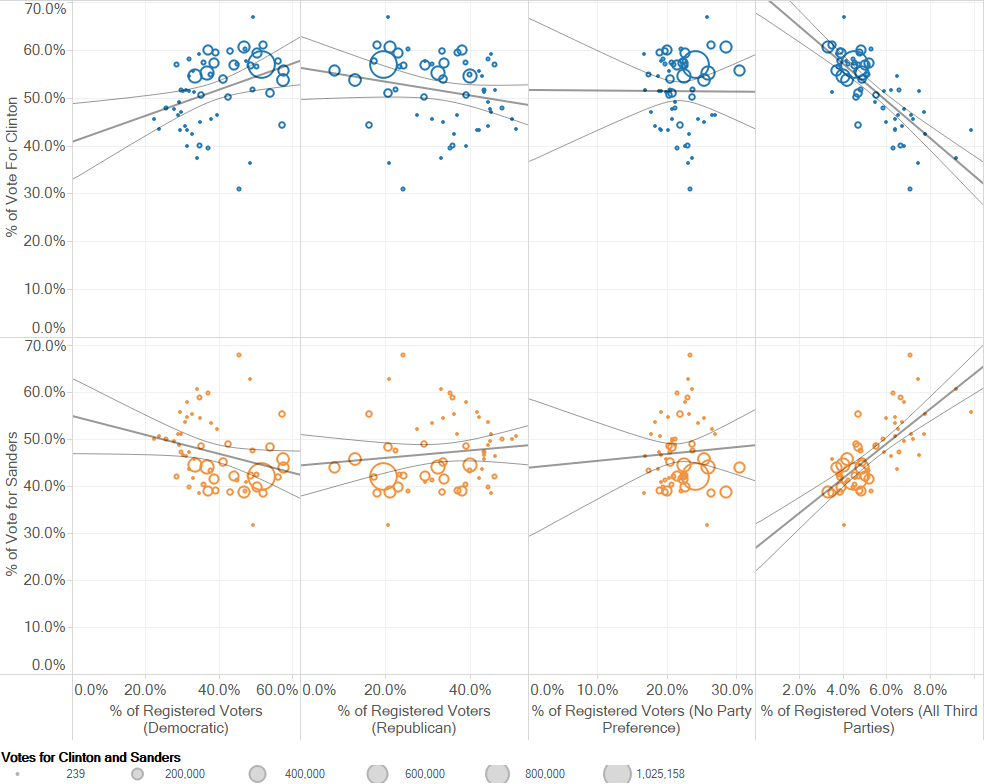 From this simple linear regression analysis the statement that Clinton does well in area that are normally considered Republican does not seem to ring true when analyzing counties in California.

The data for this visualization comes from two different sources. The first is the CNN election results for each county in California. The second is the California Secretary of State’s office which published data on the voter registration totals for the 2016 Presidential Primary. After the data was acquired, it was cleaned in excel. The visualization was then created in Tableau.