Trending
You are at:Home»Demographic Data»What is the Population of Each State?

According to the American Communities Survey published by the US Census Bureau the United States had a population of 311,536,594. The state with the largest population was California with 37,659,181 people. Wyoming’s  570,134 residents made it the state smallest population in the nation. 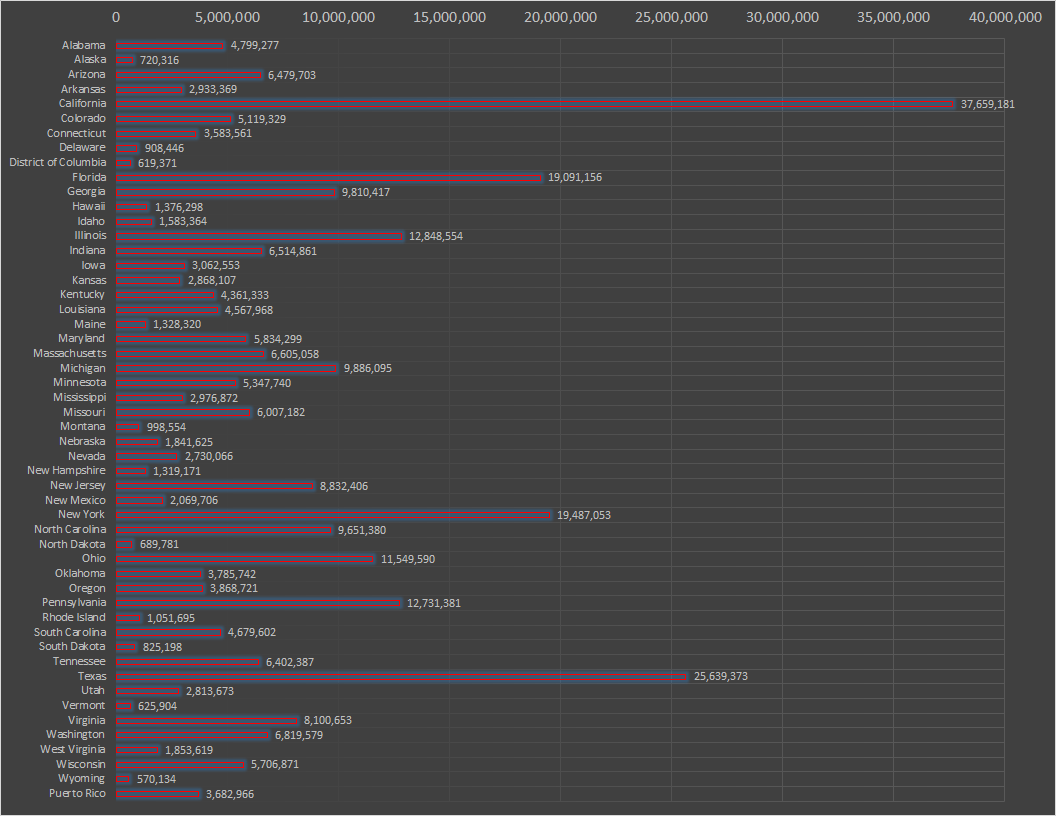 This data came from the American Communities Survey with is published by the US Census Brueau. These figures can be found on Table S0101, 2009-2013 Five Year Estimates at http://factfinder.census.gov/